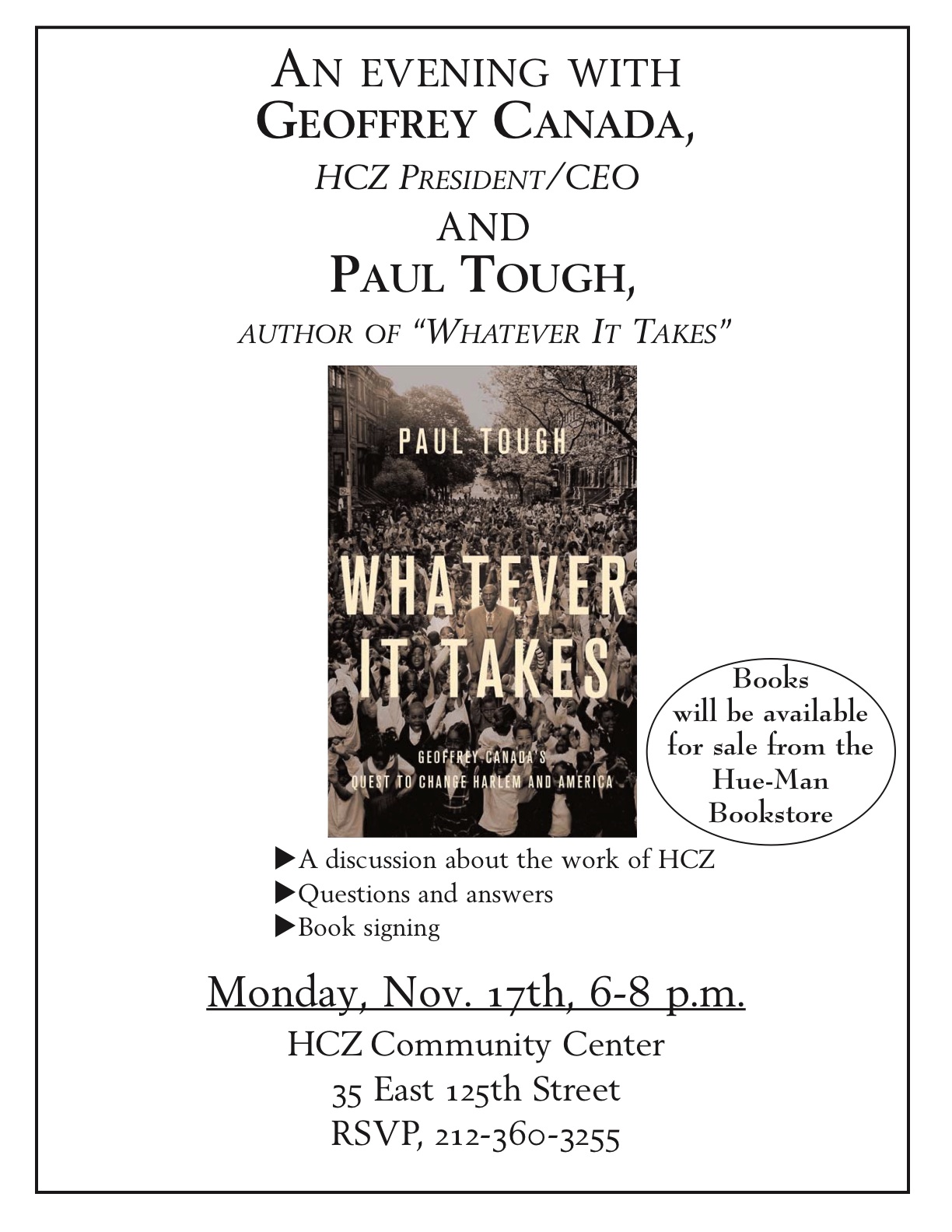 Next Monday, November 17, I’ll be speaking at the Campaign for Educational Equity’s 2008 symposium, at Teachers College in New York City. I’m on at 9:20 a.m. or so, right after Gov. Paterson (on video), answering the question “What Will It Take?” 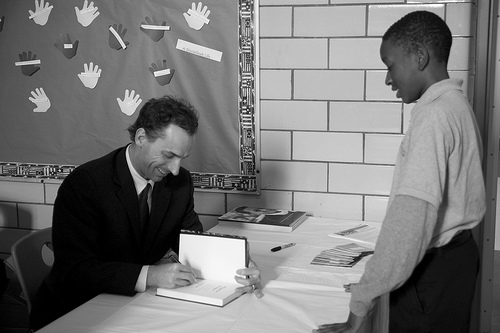 Next Wednesday, I’ll be giving a talk in Chicago:

The Renaissance Schools Fund and Perspectives Charter Schools invite you to join us for a reading and book signing with Paul Tough, New York Times Magazine editor and author of the new book, Whatever it Takes.

Join us for an exciting conversation with Paul Tough on Wednesday, October 22, 2008 from 11:45am – 1:30pm at Perspectives/IIT Math & Science Academy, 3663 S. Wabash Avenue.  This event is free.  Please RSVP to Rachel Green at rgreen@rsfchicago.org

A reminder: Tonight (Tuesday) at 7 p.m. I’ll be reading and discussing Whatever It Takes at the Books Inc. at Opera Plaza in San Francisco. And tomorrow (Wednesday), at 12:30 p.m., I’ll be giving a talk about the book and my reporting in Harlem at the U.C. Berkeley journalism school, an event hosted by Michael Pollan and David Kirp. Please come by!

If you live anywhere near Berkeley, California, come on out to a brown-bag lunch next Wednesday, September 24, at 12:30 p.m., at the North Gate Library on the U.C. Berkeley campus.

I’ll read from Whatever It Takes and answer some questions. The lunch will be hosted by Berkeley professors Michael Pollan and David Kirp.

Sunday morning at 11 a.m., Geoffrey Canada and I will be appearing together at the Brooklyn Book Festival, talking about “Whatever It Takes.” Please join us. Here are directions. We’ll be in the Borough Hall Courtroom at 209 Joralemon Street. Apparently tickets are required, but they’re free. Details here.

Obama on the Harlem Children’s Zone

Here’s video of the speech I mentioned in today’s Times Magazine article, the speech in which Barack Obama explains his plans to replicate the Harlem Children’s Zone in 20 cities across the country. The full text of Obama’s address is here.