In the Santa Barbara Independent, the story of how Whatever It Takes helped bring AVANCE, a great program for parents, to town:

AVANCE is an early childhood and parenting program aimed at lower-income Hispanic communities that began in San Antonio, Texas. …

The principal of McKinley [Elementary School], Emilio Handall (who will become an assistant superintendent in July), first read about AVANCE inWhatever It Takes, a book about educational reformer Geoffrey Canada’s Harlem Children’s Zone. Handall raised the idea with Jon Clark, executive director of the James S. Bower Foundation, and before he knew it, the Santa Barbara school district had obtained grant money to send a contingency down to San Antonio to learn about the program.

I had a great time last week visiting Salem, Oregon, to give the keynote address at the Closing the Gap Summit run by Salem’s Fostering Hope Initiative. Saerom Yoo, a reporter for the Salem Statesman-Journal, wrote this report on the event. 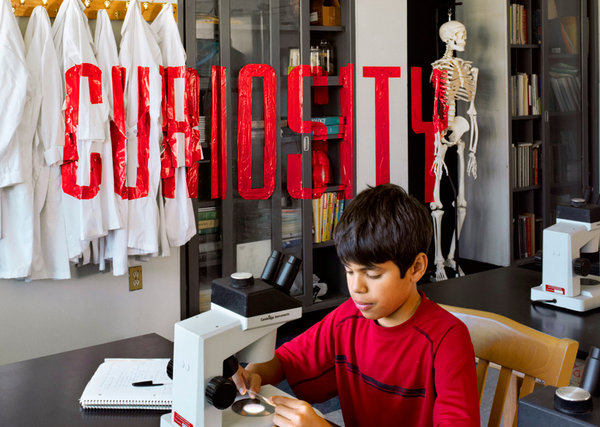 There’s been a lot of interesting commentary, from a variety of sources, on my article for the New York Times Magazine on character education, which draws on some of the reporting that I’ve been doing for my next book, “The Success Equation.” On the Times’s Motherlode blog, Lisa Belkin published a guest commentary on the article from a mother named Melissa Sher, who writes,

Life can be more than messy: bad things happen. But our job as parents isn’t to stop them all from happening. Because we can’t. Instead, we can try to make our kids feel loved, valued and secure.  So, if we’re lucky, when our children do fall or if things fall apart around them, they’ll get back up.

Evan Osnos, on his “Letter from China” blog on the New Yorker’s site, wrote about how an article like mine might go over in China today:

It will be years before any Chinese magazine sells a story like that on its cover, but achievement, classically defined, has lost some luster.

On the Atlantic’s site, Edward Tenner, an historian, relates the character push by KIPP and Riverdale to similiar discussions of character in the 19th and 20th centuries. He concludes,

It may be that today’s successful city people — the parents of day school students — are likely to have parents or grandparents who did defy adversity, overcoming failure. Many of them sacrificed precisely so that their grandchildren wouldn’t have to. Private school costs may be stratospheric, but if you have to ask the price of some forms of resilience, you can’t afford them.

In the Financial Times, Luke Johnson took a business approach, asserting that the values that KIPP and Riverdale are trying to instill “could equally be the defining criteria for entrepreneurs.”

And on the National Review’s domestic-policy blog, Reihan Salam wrote about the passage in my article when KIPP teacher Sayuri Stabrowski turns a gum-chewing dispute with a student into a deeper discussion about character. Salam writes:

For some reason I found this very moving. It is easy for any of us to feel powerless in the face of trying circumstances, and this is particularly true of adolescents. Yet this student is being taught, in a fairly unsentimental, straightforward way, that she has the capacity for self-control, and that she has an obligation, to her fellow students, her teacher, and to herself, to exercise it.

On October 25, I’ll be giving the keynote address at the Fostering Hope/Closing the Gap Summit in Salem, Oregon, organized by the Catholic Community Services organization in the region. The summit is part of a new project called the Fostering Hope Initiative, designed to strengthen families and protect children. A reporter for the Statesman-Journal wrote about the initiative here, and included some comments from me about the Harlem Children Zone model.

I’m hard at work on “The Success Equation,” my second book, which will be published next year. So I’m behind on my blog updates (and everything else). Some belated news from July: I published an essay in the New York Times Magazine about the current state of the education reform movement titled “No, Seriously: No Excuses.” I also wrote this post for the magazine’s blog.

The essay provoked some commentary online, including a column in the Kalamazoo Gazette, a post on the Mother Jones website, and this post by Dana Goldstein, who wrote:

Whitney Tilson, the reform advocate, wrote that I misrepresented reformers, and published some email messages that he sent me. (He also published my response.)

I also did an hour-long interview with Kathleen Dunn (and several callers) on Wisconsin Public Radio. Audio is here.

In May, Geoffrey Canada visited the Chicago neighborhood of Roseland (where I’ve spent a lot of time during the past school year reporting for my next book, “The Success Equation”). Geoff spoke to students and community members at Fenger High School at the kickoff of the Roseland Children’s Initiative, a Promise Neighborhood-like project sponsored by SGA Youth & Family Services (whose annual benefit I spoke at in 2010).

There was coverage in the Chicago Defender, the Chicago Tribune, the Chicago News Cooperative, and Catalyst Chicago, which reported that the ultimate goal of the children’s initiative is

to reach 65 percent of the roughly 14,000 young people in Roseland, enough to bring the neighborhood to a “tipping point” toward improvement.

1. In Winston-Salem, N.C., more than 25 non-profit agencies have come together to form the Promise Neighborhood Community Collaborative in order to create a Promise Neighborhood in the Ibraham school district. According to this article in Yes! Weekly, “Whatever It Takes” helped inspire the project:

Lee Koch, principal of Prince Ibraham Elementary School, said it was Tough’s book that first inspired community leaders in Winston-Salem to look into the possibility of identifying one neighborhood as a potential Promise Neighborhood.

2. In Kinston, N.C., community leaders have joined forces with faculty and graduate students from the University of North Carolina’s Community-Campus Partnership to create the Kinston Promise Neighborhood. According to this article in ENC Today, the neighborhood will cover 81 blocks in the city’s East Kinston and Mitchelltown neighborhoods.

3. In Athens, Georgia, the Whatever It Takes initiative (which I visited last December) presented their initial plans for the Athens Promise Neighborhood to community members in May. Details here.

4. And in June, a reporter for Minnesota Public Radio filed this report on the 250-block St. Paul Promise Neighborhood, which “hopes to counteract the effects of poverty on children by creating a network of so-called ‘cradle-to-career’ services.”

Construction is underway on a $100 million building in the center of the St. Nicholas housing project in central Harlem that will house the Promise Academy charter school as well as a health clinic, a community center, and other programs run by the Harlem Children’s Zone. In an article in the New York Post, Geoffrey Canada described his ambition for the new building:

“It would be wrong to consider it just a school. Our mission is much larger. We’re trying to give all the support our kids are going to need in one place. That’s what makes it unique.”

On Monday morning, I’ll be giving a speech and sitting on a panel at a community forum in Lame Deer, a small town in eastern Montana, on the Northern Cheyenne reservation. As a post on Indian Country Today explains:

The author will discuss [Geoffrey] Canada’s creation of a cradle-to-college program for children of Harlem, New York. After his talk, Montana residents will talk about what resources worked for them, and everyone will brainstorm how to create an infrastructure that will support youth of the Northern Cheyenne Reservation in their career goals.

The forum is being organized by the Boys and Girls Club of the Northern Cheyenne Nation, which last year became one of 21 community groups nationwide that received a Promise Neighborhood planning grant.

There’s more information in this story from the Billings Gazette, including details on how to RSVP.